Two weeks back news began to hit the Web that following a pair of test screenings, Zak Snyder would be going back behind the camera for addition photography on Man of Steel. The director confirmed reports via Twitter adding that “The Dark Knight” star Christian Bale would be making a cameo, dawning the cape and cowl once more while also adding the following image. “Mr Wayne gets ready for his close-up,” he wrote. 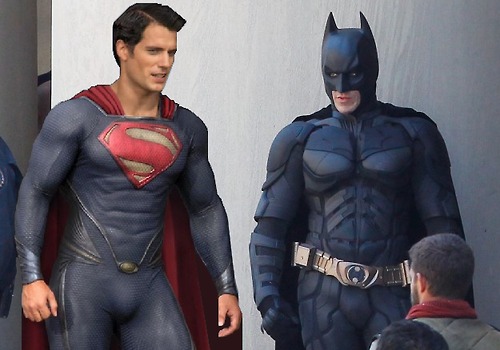 Excited to return to set, Christian Bale has expressed his positive approval for the reshoots, “To step back into that role for such a short portion of the film really doesn’t help the character of Superman to stand on his own. It’s as if he needs help in this one, so, as long as I’m getting paid, I’m more than happy to help.” More details revealed by Bale include “people jumping to conclusions” and “believing anything they’ll read online” because of how the internet and social media works today. Foooled Youuuu. Man of Steel is slated to come out June 14, 2013.