Storytelling in the Digital Age: Devil in the Detail

Last week, the Academy of Motion Picture Arts and Sciences held an event panel at the Samuel Goldwyn Theater in Beverly Hills, CA. It was titled “Turning the Page: Storytelling in the Digital Age.” I love panels like these but I feel a bit left out because when I’m given that small window of time to ask questions, I never seem to have the right ones as I’m still coasting on the buzz I get from the event. I want to ask questions about film making, writing, editing, and so on. Instead, I marinate on what happened during that night’s panel–contemplating the key points. I let the observations evolve until they make sense. I do the same thing after watching a film.

Stepping back and seeing the whole nights thematic tempo and major points made from the panelists, I like getting a gauge of forecasting that cultural effect towards what audiences want in a movie experience and the potential direction it goes from there.  If I went up to the panelists afterwards, I wouldn’t be able to do much in that 40 seconds past gushing about the films they worked on.

Film Director/Moderator, John August held the last question for each panelists, [With where we are now with storytelling in the digital age and propelling forward] “…what gets you excited or fearful about emerging technologies?”. Editors Maryann Brandon and Mary Jo Markey (“Star Trek Into Darkness”) both highlighted, among other panelists, about how she felt that there’s “too much detail, that films are meant to be a dream”; soft without such hard lines and realistic detail.

When the editor said it should feel like a dream, I immediately pictured that technique from our golden era of film where extra special lighting and foggy lenses added to the camera would turn their female characters into glowing goddesses. It goes without writing, that’s just as prevalent today and you’d expect it stand the test of time since it pushes that romantic cinematic allure that we all have come to enjoy in film. 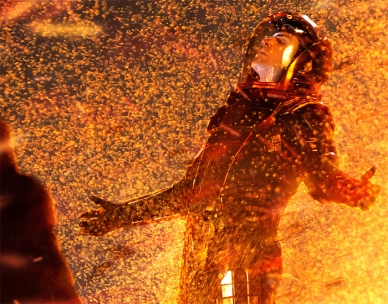 “These actors won’t be able to work past 35!”, Markey proclaims. Could her reaction be a result of technology charging too far ahead for our own cultural evolution in the experience of movie theater entertainment? Do we feel like todays/tomorrows standards should be built upon biggest resolution, highest frame rate, in 3D – or do we really need this technological evolution at all? A good story will always remain king, as technology will always continue to advance. That being said, is the real problem been the years of advertising that builds up the hype so much that we hastily re-invent these tools that ‘innovate’ the film experience better than its predecessor last summer? To me it feels like it’s a combination of all of these factors; holding ourselves back culturally toward what good cinema really should be.

Real or Surreal? Surrounded in stimulus or drowning in detail? You decide.

From the competition with epic home theaters, to pirated movies, to the gross income standards for blockbuster films, there’s a lot of competition and high stakes for movie theaters. Plus if you’re home, pants are optional. You can’t compete with that.. right? Aside from the money to be made and advertising that’s everywhere, I get the feeling that down the road (long or short), we’ll get to a point where there’s so much muscle and power to these technologies that we find ourselves being turned off or distracted by the detail, troubling our abilities to suspend our disbelief and enjoy the story. This may have been the issue with mixed reviews concerning the high frame rates (HFR) shot for Peter Jackson’s The Hobbit.

However it’s not to say this is a bad format to work in, as it’s spectacular and is proven to be a very legitimate form of  digital film capture – the real question is, what types of movies would HFR be more fitting towards? The Hobbit pushes fantasy. Although it’s bringing you into this created world, in real-time and live-action actors, it’s pushing fantasy very heavily. I thoroughly enjoyed it yet I didn’t manage to watch it in 48fps. Many though did, and it was enough to cause a debate.

To Maryann Brandon‘s point of ‘being in a dream’, this very well could have been that one factor in this particular approach that erupted a debate. Applying this life like frame rate to movies that push hyper real, like Zero Dark thirty – real intense cinematography that feels visceral and in the moment might – as opposed to more whimsical tales of colorful worlds that cultivate more pure imagination and wonder. Film genres like that might want to just keep the limits at 3D and call it a day.

Seeing ‘Superman Returns’ in IMAX 3D, I remember the scenes that were filled with tons of activity and action were the parts I had trouble keeping up with. Even though the technology was present and able to run those kind of numbers for a 3D experience at IMAX, my eyes couldn’t keep up with the frame rate of that 3D transfer, resulting in a real-time ‘dropped-frame’ delivery. Needless to say, I’ve got very good vision too. For me, that was a case where the technology held the experience back.

When we’re ‘pushing the envelope’ with new technologies, is there really anything that would hold us back anyway from achieving that 5-star night at the ol’ cineplex? Are these discrepancies about high frame rate a matter of us moviegoers having trouble steadily holding onto our suspension of disbelief?

I feel the lines between real and imagined are so fine as our role as an audience is to be a part of that movie while never recognizing the fact that we’re in a theater until the lights come back up. The theater is a place where only consciousness exists. When those lights go down, we’re cloaked in the safety of darkness, left with only yourself and the screen. There are no rows of chairs or people anymore. No designer clothing, no stress of the day or even flesh on your bones. It’s just your open mind and heart that is present now, ready to be emotionally swept away to another place and time. 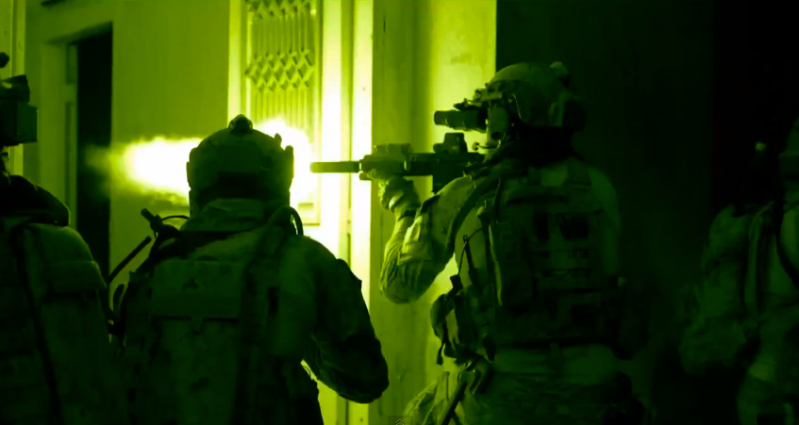 This is how movies work with the audience since day one. No news in that. The supposed ‘problem’ presented here is that people are having difficulty with it as that seam for hyper-real becomes clear and thus pulls that luster away, making the audience find it harder to ‘let go’ and get swept away into the world that this story is taken place in. As if it’s that moment where you see that zipper on the costumed monster.

Do you think HFR usage should be based on whether or not the plot/experience calls for it, or should be applied to any film, regardless of genre or story, but to ultimately ‘push’ the movie experience? This article was written with evolving observations of mine and are open for discussion.